Dr. Philip Farrell is a neonatologist and pediatric pulmonologist appointed to the faculty of the University of Wisconsin since 1977. In addition to patient care and student teaching responsibilities, he has been engaged in productive research on respiratory disorders in infants and children— most recently focusing on cystic fibrosis (CF). Dr. Farrell also served as Chairman of Pediatrics from 1985- 1995 and then Dean of the University of Wisconsin School of Medicine and Public Health until 2006. His current research projects include.

Over the past four decades, Dr. Farrell’s research group has investigated the benefits, risks, tests, and costs of early diagnosis of CF through newborn screening. The stimulus for this unique investigation, initiated in 1984, came from Dr. Farrell’s experiences practicing neonatology and pediatric pulmonology concurrently. It is the largest prospective pediatric research project since the polio vaccine field trials of 1954 and the longest cohort study of any pediatric disease. After this randomized trial involving 650,340 neonates demonstrated unequivocally that malnutrition can generally be prevented in children with CF by a combination of early diagnosis through screening and aggressive nutritional intervention, the results had great impact throughout the USA and abroad. By 2010, all states plus the District of Columbia implemented screening programs, and most use the IRT/DNA algorithm developed in Wisconsin through this program and its collaboration with the State Laboratory of Hygiene. Currently, the enrolled patients are being studied as adults, including unique research with whole genome sequencing (WGS).

Early diagnosis of CF through newborn screening requires a system of steps from educating primary care physicians and parents to collecting dried blood spot specimens, then analyzing them for biomarkers and CF transmembrane conductance regulator (CFTR) mutations, followed by challenging communications and a follow-up sweat chloride test for diagnosis. Achieving consistent quality has been difficult because of the complexity of the sequence. Thus, Dr. Farrell organized a national Quality Improvement Consortium and helped the CDC develop a repository of CFTR mutations, a best practices protocol for CF newborn screening, and a CF newborn screening quality assurance program. Since 2007, Dr. Farrell has served as the Cystic Fibrosis Foundation’s National Facilitator for CF Newborn Screening and Quality Improvement.

Participating in a research project designed to evaluate the performance of cystic fibrosis newborn screening programs during 2010-2020 throughout the USA in collaboration with Dr. Susanna McColley of Northwestern University and the CF Foundation

By 2020, newborn screening (NBS) for cystic fibrosis will have had 10 years of nationwide implementation, but preliminary data reveal significant variations in processes among state level and CF Center level.  Because 40 million infants have been screened and approximately 7000 diagnosed with CF, we now have the opportunity to assess how variations in processes that affect age at diagnosis and treatment influence CF outcomes.  This research project will also serve as a planning project for future, data-driven, collaborative quality improvement efforts, engaging personnel from state NBS programs and CF Centers.   It addresses two hypotheses, namely that 1) NBS processes, including state practices, CF Center testing and follow-up, and interactions between state and CF Center programs, affect timeliness of CF diagnosis and treatment, and 2) earlier diagnosis of CF through efficient NBS is associated with better early childhood nutritional and pulmonary function outcomes.

This project has been designed to discover when and why the principal CFTR mutation, F508del, arose in Western Europe and what the selective advantage is for the F508del heterozygote carrier. The motivation behind this unique investigation relates to the detection of approximately 10 carrier infants for every CF patient diagnosed through newborn screening coupled with the desire of parents to learn about the significance of being a heterozygote. In a collaboration with Professors Ferec and Genin in Brest FRANCE, it has been shown that the oldest common ancestor lived about 5000 years ago along the Atlantic Ocean and that F508del then spread to central and southeastern European populations. Currently, studies are underway to define more precisely the origin of F508del and determine what health or fertility advantage explains the high frequency of the F508del/wild type individual.

The apparent associations between better nutrition, better pulmonary status and survival have been reported in many epidemiological studies, but questions remain regarding how best to feed infants with CF and how malnutrition contributes to later lung disease. Under the leadership of Professor HuiChuan Lai and Dr. Farrell, a multi-center clinical study referred to as FIRST (Feeding Infants Right… from the STart) was initiated in 2012 and will continue at least 10 years with a network of six closely collaborating CF Centers in five states. The results thus far have revealed that suboptimal nutritional status often occurs and can be clinically significant, such as reduced growth associated with prolonged exclusive breastfeeding, essential fatty acid deficiency, and poor vitamin D status despite supplementation. These issues are being clarified and better treatments identified.

The overall goal of this unique project in collaboration with Dr. Elizabeth Worthey is to determine the potential added value of WGS in newborn screening using DNA specimens isolated from a well characterized cohort of children and adults with CF. The objectives are to develop and validate a new disease onset and severity scoring system, along with a CF phenotype categorization scheme; perform WGS and analyze the data to discover genetic variants through a customized informatics pipeline designed to identify CF genetic modifiers and also detect DNA sequences that might have pharmacogenomics significance while avoiding the identification of clinically actionable variants that are unrelated to CF; and determine if dried blood spots typically used for screening can be employed through innovative DNA extraction procedures for whole genome sequencing WGS chemistry. An extension of this study is entitled “Finding and Integrating Pharma and Nutrition Linked Genomic Variation in CF” that features comprehensive nutrigenomics and pharmacogenomics analyses. 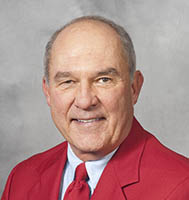