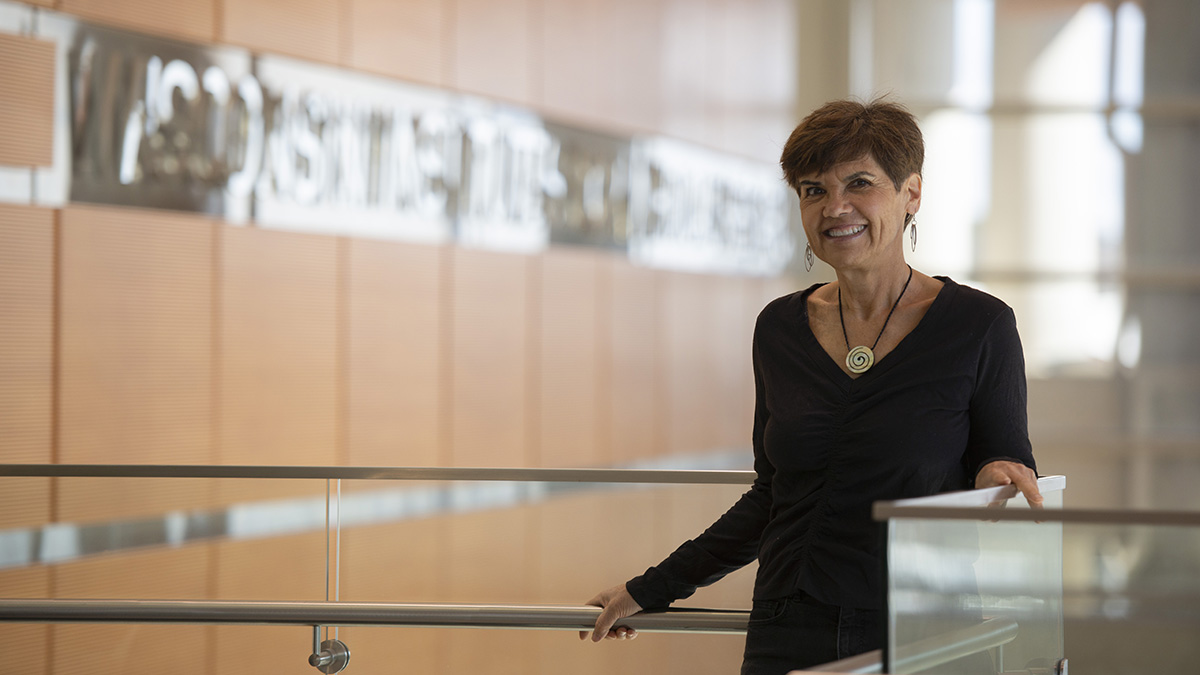 After more than 30 years with the University of Wisconsin Department of Pediatrics, Anita Laxova, emerita research program manager, has retired, stepping away from the demanding world of research laboratories and randomized clinical trials (RCT). She began as a research specialist in 1981, meeting Philip Farrell, MD, PhD, emeritus dean and professor, Pulmonology and Sleep Medicine, when she joined the research staff of his project investigating respiratory distress syndrome in premature infants. Farrell and his research team went on to conduct the Wisconsin Cystic Fibrosis (CF) Neonatal Screening Project starting in 1985. He recruited Laxova in 1988 to be its coordinator. She could not have imagined how this project would expand, defining her professional career and utterly transforming the field of cystic fibrosis diagnosis and care.

Laxova was born in Czechoslovakia and completed elementary school there. Her family moved to England, where she completed middle and high school. UW–Madison was her university choice to pursue study in zoology. She was already working in research projects for the Departments of Genetics and Pediatrics before completing her degree; her thoroughness, dependability, and innovate thinking were always apparent. Farrell approached her in 1988 to manage his RCT investigating benefits and risks of CF newborn screening when the initial work was already underway. Although the position coordinating RCTs was then largely undefined, she accepted.

The Wisconsin Cystic Fibrosis Neonatal Screening Project now stands as a historical endeavor and great success; a brief synopsis is in order. CF is a hereditary disease that causes normally slippery fluids in lungs and other organs to become thick and sticky, resulting in lung and digestive impairment, risk of severe lung infections, malnutrition, and death. Before the screening project, there was no established early diagnostic method. Children with CF were usually diagnosed between four and five years of age, already suffering from lung impairment, diminished growth, and frequently severe malnutrition.

In March 1979, The Lancet published an article on a new blood spot immunoreactive trypsin (IRT) assay that was potentially reliable and feasible as a screening test for CF in the newborn. Later in 1983, a Cystic Fibrosis Foundation ad hoc committee task force on neonatal screening published a position paper in Pediatrics strongly recommending against early CF screening, positing that it would do more harm than good. Regardless, throughout 1983–84 Farrell and his research team designed their CF early screening RCT project to fully test their hypothesis: “Early diagnosis of CF will be medically beneficial without major risk.”

It may seem counterintuitive to some that screening and early diagnosis of a serious disease would not be considered beneficial. However, CF’s cause was unknown; there was no cure or effective treatment. Many considered the CF Foundation’s position to be prudent and reasonable—indeed, newborn screening was generally not done for conditions for which there was no treatment. “What our CF screening project was doing was very controversial at the time,” Laxova recounted. “Some people questioned the wisdom of diagnosing pre-symptomatic infants.”

The discovery in 1989 of the gene mutation responsible for CF allowed the study to upgrade its screening method in 1991 to a two-tiered process: the IRT assay followed by DNA testing for the most common CF mutation, F508del. Sensitivity and accuracy were greatly improved. Laxova coordinated the tests between the Wisconsin State Laboratory of Hygiene, where all newborn blood spot screening tests were performed, and a geneticist at the Waisman Center. Standard sweat tests were conducted to confirm the diagnosis. In 1994, enrollment in the RCT was completed: 657,630 babies had been screened through the RCT’s randomized design. Preliminary data indicated that the early diagnosis or screened group had improved nutrition compared to the control group.

In 1997, with more robust data analyses, “Our data monitoring board recommended expedited unblinding of the control group because the screened group was maintaining their improved nutritional status into childhood,” Laxova explained. “The control group was fully identified by the spring of 1998. Benefits in nutritional status through early diagnosis were becoming apparent.”

From the beginning, Laxova’s responsibilities covered every area of the RCT. Administrative tasks included monitoring the two screening sites in Madison and Milwaukee, coordinating communications, and arranging meetings of the external Data and Safety Monitoring Board. Her technical and laboratory responsibilities included managing data, training staff in lab procedures and biochemical assays, managing the large specimen bank, and supervising the laboratory budget, among many other tasks. Academic responsibilities saw Laxova analyzing data, communicating with physicians and families, writing grant applications to the NIH, and co-authoring abstracts for national and international meetings and manuscripts for peer reviewed journals, to name but a few.

It was a totally engaging position. It only increased, Laxova noted, as the randomized clinical trial expanded and transformed into a more comprehensive epidemiological investigation. She then wrote and managed up to 18 Institutional Review Board (IRB)-approved protocols at a time as investigations expanded to determine the benefits of early CF diagnosis. Laxova was also involved in 38 of the published articles the research team produced as the RCT’s results became clear. Data clearly showed the benefits in nutritional status through early diagnosis. “Our report in the January 2001 Pediatrics is comprehensive,” Laxova said. “It provides the full history, methods, and results.”

Both the U.S. Centers for Disease Control and Prevention and the CF Foundation eventually endorsed early screening. By 2010, all 50 states had initiated newborn CF screening. Fortuitously, a new and highly effective drug, a cystic fibrosis transmembrane conductance regulator (CFTR) modulator, became available in 2012. It provided life-changing benefits to many CF patients. The project was the largest randomized pediatric clinical trial in the country since the polio vaccine trials in the mid-1950s. Its results transformed CF diagnosis and early treatment, with further research building upon its methods and findings.

Since the end of the initial RCT, Laxova has participated in several other CF-related projects. For the most recent project, initiated in 2014, Laxova coordinated a multisite investigation of whole genome sequencing (WGS) of adults with CF; many of the original subjects, now adults, are involved in the study. “It was wonderful to see some of the patients grown into adults,” Laxova said, “and still contributing to the research effort.”

Addressing Laxova’s more than 30 years of work in CF research projects, Farrell offered unqualified praise in a summary of her tenure: “Throughout her career at UW, like any dedicated researcher, she has been most successful when having a combination of independence and strict protocol adherence. Her role throughout the studies has been essential and her performance has been consistently excellent.”

“Acclimating to life outside of research took a little time,” Laxova noted, “I do miss my colleagues, especially the wonderful people in pediatrics and the CF community. But I have adjusted. I’m now exploring the beautiful biking routes of Dane County and surrounding area.”