Lung injury and repair is a complex process that involves many different growth factor signaling pathways, which influence both resident and circulating progenitor cell populations. The focus of my research in both the laboratory and clinically has been in the pathogenesis, treatment and prevention of lung disease that is the result of premature birth. This includes abnormalities of lung function from being born premature and also those infants who suffer from bronchopulmonary dysplasia (BPD). In my lab we are combining research that use animal models of disease, with correlation to patient samples from premature infants. These studies goal is to understand the mechanisms of lung growth, injury and repair utilizing an experimental approach that examines the role of oxidative stress on the lung. Our central hypothesis is that during normal lung growth and the recovery from injury, signals are sent from the lung to the bone marrow that recruit hematopoietic progenitor cell populations which home to the lung and in a paracrine manner provide a local environment for the proliferation, differentiation and growth of endogenous lung progenitor cells and new lung tissue in a true regenerative fashion.

A major focus of my research lab is in the exciting field of stem/progenitor cell biology. In my lab we were the first to describe the effect of neonatal hyperoxic stress on the levels of circulating, lung and bone marrow endothelial progenitor cell (EPC) levels in a mouse model of neonatal lung disease similar to BPD. Building on this initial observation, we have undertaken a translational research project and have found that the numbers EPCs in the cord blood of premature infants is increased as compared to term infants, but these EPCs are more sensitive to changes in oxygen tension. We are investigating the mechanism that confers this susceptibility to oxygen and if we can modulate the function of EPCs from premature infants to behave like EPCs from full term infant and adults. This line of investigation is one focus of our in vitro and in vivo studies in the lab.

The lab is also involved in a clinical translational research project that will quantify the number of EPCs from the circulation of premature infants and follow these children longitudinally to determine if the levels of EPCs correlate with the risk of developing lung disease. We hope to be able to determine if there is a genetic or biochemical profile that can be determined that places these infants at risk for the development of chronic lung disease. 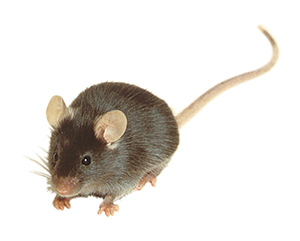 We are investigating the mechanisms of lung development by utilizing our animal model of that exposes neonatal rodents to increased oxygen levels resulting in an arrest in lung alveolar and vascular growth. These studies are based on previous work from our lab that has shown an increased sensitivity of a mouse strain that has a deficiency in the production of nitric oxide (NO), the eNOS deficient mouse, to mild changes in oxygen tension that does not appear to affect the growth of the lungs of normal or wild type mice. The effects of mild hyperoxia on the eNOS deficient mouse can be alleviated with the use of inhaled nitric oxide during the recovery from mild hyperoxia. These studies demonstrated that the infant rodent lung retains the capacity for growth and catch up growth after a neonatal stress and that this capacity persists well into infancy. In my lab we have a morphometry core that utilizes computer assisted image analysis, and have developed our own software package that works with NIH ImageJ analysis software. Ongoing studies in my lab continue to focus on the mechanisms by which nitric oxide promotes lung vascular and alveolar growth.

In an attempt to understand the processes of repair and regeneration of the lung, we became intrigued with the role of circulating cells in lung repair. We have successfully isolated a novel cell population from the bone marrow that appears to be an angiogenic myeloid stem cell that we call bone marrow derived angiogenic cells (BMDAC). We have been able to expand this cell population in vitro. In neonatal mice exposed to moderate hyperoxia, which results in a persistence of impaired alveolar and vascular growth, the treatment of these mice in infancy with BMDACs results in the complete recovery of lung vascular and alveolar structure that has not been achieved before with exogenous pharmacologic therapy. It appears that the BMDAC has multiple effects on different cells in the lung. In this movie, the BMDACs (green) appear to associate closely with an endogenous lung epithelial progenitor cell, the Alveolar Type II cell (AT2; red). BMDACs co-cultured with AT2 cells enhance the growth and modulate the differentiation of AT2 cells. This is exciting for us, because it demonstrates that the infant lung has the capacity for regenerative catch up growth and that cells in the circulation from the bone marrow can stimulate this process. The possibility that a population of bone marrow cells may be able to contribute to the restoration of lung structure after neonatal injury suggests that perhaps the mobilization or treatment with these bone marrow stem cells could be a potential therapy for lung disease in premature infants. The further elucidation of the mechanisms of action of BMDACs is a central goal of the laboratory.

Engineering Hydrogels to Mimic the Size and Shape of the Alveolus

Most recently, my lab has undertaken a collaborative project with Dr. Kristi Anseth of the Department of Chemical Engineering at University of Colorado, Boulder. In working with Dr. Anseth, we are drawing on her considerable knowledge on the materials science and engineering of biologic hydrogels to develop an in vitro model of the distal lung airspace or alveoli, that has not been developed before. In this figure from our manuscript in 2012 Kloxin et al “Responsive culture platform to examine the influence of microenvironmental geometry on cell function in 3D” we are able to pattern hydrogels to mimic the size and shape of the alveolus.

We are able to coat these wells with AT2 cells. We are planning on using the hydrogel scaffolds that Dr. Anseth has developed to encapsulate distal lung epithelial, mesechymal and endothelial cells in the hydrogel. In this manner, we hope for the first time to create a 3-D model of the distal lung in vitro.

Another collaboration with another member of the Chemical Engineering Department from UC Boulder is with Dr. Chris Bowman. Dr. Bowman’s lab is involved in chemical polymerization at specific target sites and in response to specific protein or DNA interactions. We have developed a novel immunofluorescence detection technique using this polymerization technology to allow the detection of very rare proteins on the cell surface and also allow the reduction of antibody concentration by 1000 fold and still ensure detection of targets with decreasing non-specific background signal. This figure shows dual staining of endothelial cells for vimentin in green and nuclear pore complex in red, the antibodies used were used in a 1:10,000 dilution.

An exciting collaboration that we are part of is with Dr. Brad Berron from University of Kentucky. Dr. Berron is a chemical engineer who has expertise in the creation of polymers on the surface of living cells. With Dr. Berron, we are working on technology to improve the throughput of cell sorting for rare progenitor populations, while preserving the specificity required for eventual clinical application.

Finally, my lab has had an interest in the function of pulmonary arterial endothelial cells, from both the macrovascular (large vessels) and microvascular (small vessels) locations. The focus of these investigations is to examine the growth and function of these cells in vitro and the roles of multiple growth factors on these cells that include vascular endothelial growth factor (VEGF), nitric oxide and erythropoietin. We are exploring the use of these cells in co-culture with alveolar epithelial (AT2) cells and mesenchymeal stem cells (MSC) in vitro to define the mechanisms of cross-talk between these cell types and determine if there are intrinsic differences between microvascular and macrovascular cells in their interaction with endogenous lung progenitor cell populations.

The success of the work in the lab will lead to a better understanding of the process of normal lung growth and the repair of the lung after injury. This will lead to insights and new direction for therapies to help aid infants and children who are born prematurely.