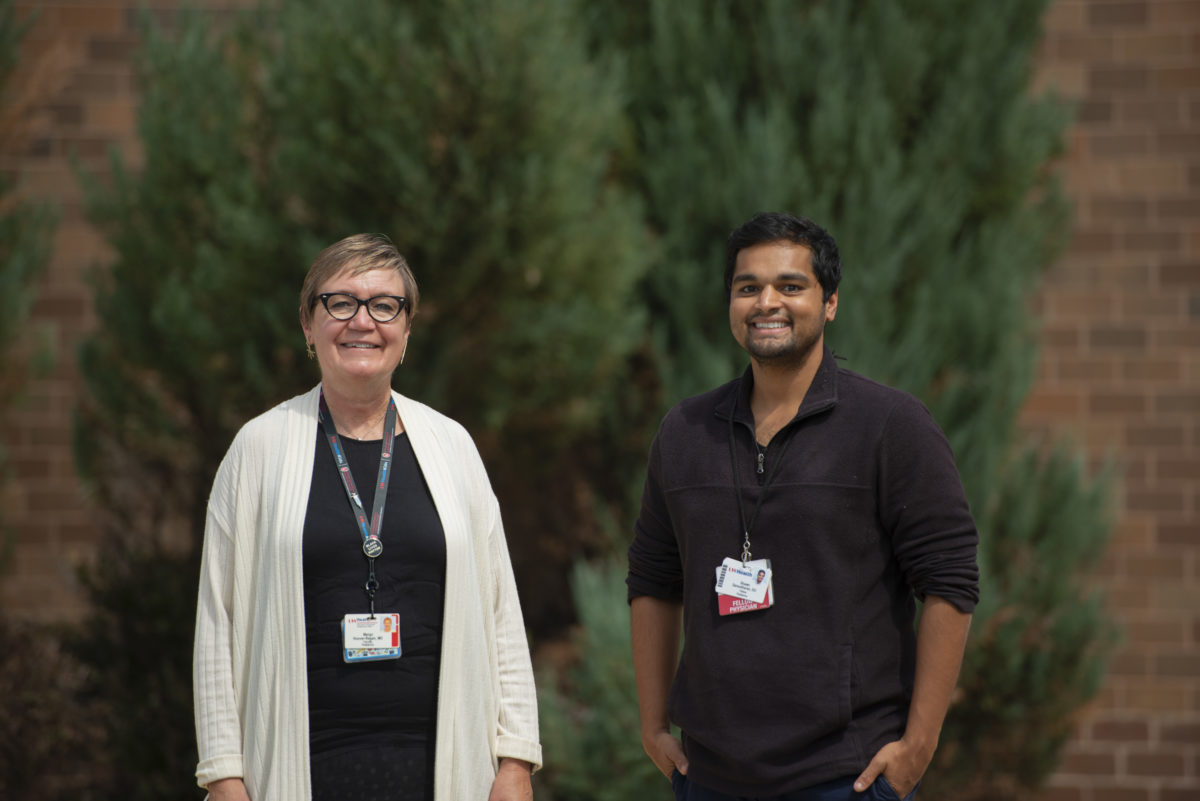 “In the past, retinoblastoma treatments have included enucleation, or removal of the eye, radiation, and systemic chemotherapy,” Damodharan explained. “Intra-arterial chemotherapy is superior to those methods in some cases.”

First developed in Japan, and also known as superselective ophthalmic artery chemotherapy, IAC allows clinicians to deliver a higher concentration of chemotherapeutic drugs with great precision through a catheter from the femoral artery into the ophthalmic artery ostium. IAC typically requires two treatments over two months, with an examination by the ophthalmologist under anesthesia to determine effectiveness. In most cases, there is full remission, and the eye is saved, Damodharan added.

An uncommon but serious childhood cancer, retinoblastoma arises as a tumor in the retina, accounting for 3% of cancers in children younger than 15 years of age. Most cases, however, are diagnosed before 2 years of age. The National Cancer Institute estimates the annual incidence among children 0–4 years to be 1 in 14,000–18,000: about 200 to 300 cases annually in the US.

“We are now set up to take on most retinoblastoma cases in the Midwest,” Hoover-Regan said. “And American Family Children’s Hospital is at the forefront of retinoblastoma treatment.”

Retinoblastoma is caused by the RB1 genetic mutation. If the mutation is carried by the parents, it will likely affect both eyes of the child. In a spontaneous de novo mutation, only one eye may be involved. It is often diagnosed early; newborns are typically checked for a “red reflex” when a light is shone into the eye. After the newborn period, a pediatrician’s routine eye exam may show the back of the eye appearing white rather than red if retinoblastoma is present. Early treatment is essential to save the eye and avoid later involvement of the central nervous system and other organs.

Although it is a relatively rare cancer, retinoblastoma serves as a benchmark and exemplar in oncology treatment. It was the first human cancer to be treated in the 1920s and has evolved from having a nearly 100% mortality rate to a survival rate of over 98% in developed countries. A greater understanding of its genetic origins and substantial progress in treatment options account for this remarkable improvement.