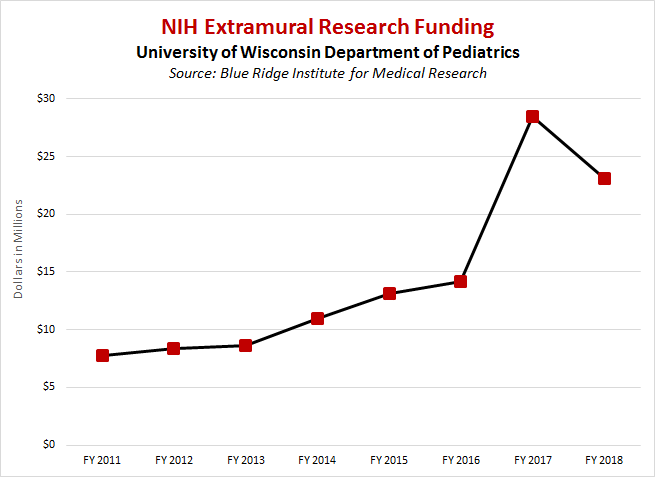 The University of Wisconsin Department of Pediatrics was ranked #12 of 88 medical school pediatric departments nationwide for National Institutes of Health (NIH) awards, according to data compiled and released by the Blue Ridge Institute for Medical Research (BRIMR).

The ranking reflects $23.1M in awards received during the NIH’s 2018 fiscal year, which is October 1, 2017, through September 30, 2018. It includes the 17 NIH awards for which department faculty are principal investigators.

This is the fourth straight year that the department has ranked in the top 20 for NIH funds awarded. The BRIMR ranked the department 6th in NIH funding in FY17; 20th in FY16; and 18th in FY15.

The ranking demonstrates the department’s continued commitment to research excellence and the outstanding efforts of its investigators, despite a challenging and competitive funding climate.